We’ve been getting a CSA box from Gruber Farms, which I 100% love. It’s been wonderful, we get an assortment of vegetables once a week from the fields to my car trunk. I have been wanting to do a CSA for a long time, and when my friend Aubrey (hi, Aubrey!) mentioned how much they enjoyed theirs, I was in. It semi-forces me into using things that I normally wouldn’t, hence the corn omelets, but it’s been very interesting.

So, I pick up the new box tomorrow (don’t worry, I’m not driving all the way out there- they deliver to Mt. Pleasant), and I was eager to use up the last few things in the box from last week. I glanced into the box and saw two ears of corn, and the idea of a corn omelet just popped (pun intended) into my head. The mister ended up really liking it, so much that I’ll probably make it again. Here’s what I did (sorry for not having photos of the steps, but if it’s easy enough for me to make before 8 am, you can definitely do it!):

Bon Appetit! If you want information on either Barleybirds and their delightful eggs or Gruber Farms, let me know. 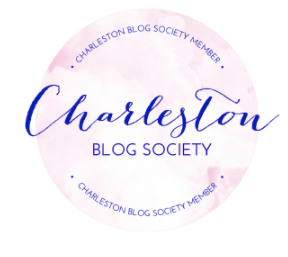 The weather hasn't been great lately but I'm looking forward to spring (& @spoletofestivalusa). We have some tickets already but I love to see as much as I can. Which event(s) are you looking at?⁠ ⁠ #spoletofestivalusa #sfusa #sfusa2020 #charleston #charlestonsc #cisternyard #chs #spring2020 #music #opera #dance #theater #jazz #bluegrass #chamber #orchestra @explorecharleston
I definitely have eyes on the weekend! Although it's been chilly, I'm always so thankful to work downtown and get to enjoy the beautiful outdoors. ⁠ ⁠ My weekend will involve making a plan for the @francisandbenedict sale next weekend (#indecisive). I can't wait to get one of their beautiful skirts. 😍⁠ ⁠ 💕Which do you think I'd look best in? ⁠ ⁠ #CharlestonSC ⁠ ⁠
Y'all. It's getting serious downtown. I was surprised to see this all going up on Wednesday (yesterday). ⁠ ⁠ #charleston #2020election #debate @cbsnews
Check out this local Charleston artist (and friend of mine), Amy @abwdoodles. She makes such lovely, meditative designs. I especially like the #seaturtle bag. Definitely a good follow! Her shop link is in bio⁠ ⁠ #charlestonSc #charleston #charlestonartist #artist #maker #arts #lowcountry #southernartist @etsy ⁠
Reflecting on a great weekend, including another beautiful #SEWE experience. We had a fantastic time and the weather was lovely). I'm already looking forward to next year. ⁠ ⁠ #Charleston #CharlestonSC @centerforbirdsofprey⁠ @sewe @explorecharleston @charlestonmag #lowcountry #marionsquare #events #bluesky
Getting ready for your morning coffee? You can make your own almond milk creamer for tomorrow. I made my own in 12 hours and it was SO easy! ⁠ ⁠ [Link in profile] www.acrunchypeach.com⁠ ⁠ #recipe #almonds #almondMilk #dairyfree #diy #coffee #cooking